OUR DEDICATED LAWYERS MAKE US WHO WE ARE 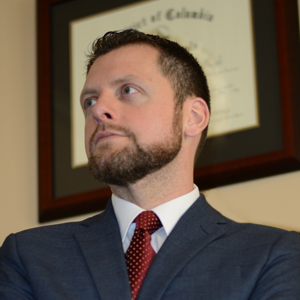 Bill primarily concentrates his practice in civil litigation, corporate matters, estate planning and administration, divorce and custody, and real estate municipal matters. In addition to representing many large clients, he has represented various clients in pursuing and defending lawsuits the Pennsylvania Department of Transportation (PennDOT), the City of Reading, the Commonwealth of Pennsylvania, the City and County of Lancaster, numerous large hospitals, universities and other major entities. Bill has made a reputation of representing the "little guy" against major corporations, governments and other large and well-funded parties.

Bill was born in Syracuse and raised in Central New York and is a lifelong fan of the Yankees, Giants and NY Rangers. He originally moved to Reading to serve as law clerk to the Honorable Jeffrey Schmehl, currently a judge in the United States District Court for the Eastern District of Pennsylvania. Bill is an avid hunter and runner who has completed multiple marathons throughout the United States and around the world and still runs multiple races every year. He resides in Berks County with his family.